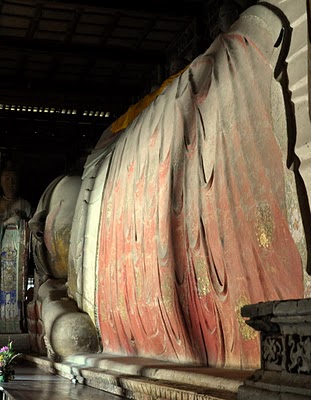 The next city east is Zhangye, an ancient town that has had a pagoda since at least 528 CE. The pagoda has been rebuilt several times after earthquakes, most recently in the 1920s.

Zhangye is more known, however, for its huge reclining Buddha, showing his posture after entry into Nirvana. Built in the 11th century, the 35-meter-long statue is the largest of its kind in China. The surrounding wooden building is also one of the country’s oldest.

About an hour into the mountains is a fascinating temple complex called Mati Si. Built into the side of a cliff, the temple has a series of meditation caves connected by steep staircases cut inside the rock. I was able to walk up to the topmost balcony while Marcia chose to wait at the bottom. 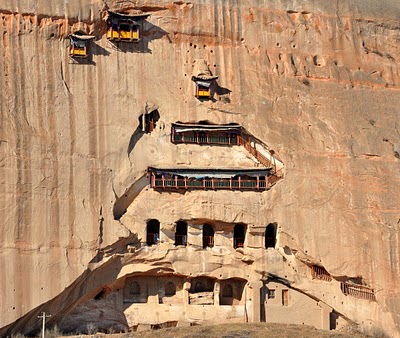