In October 2012 a business-related conference gave us the opportunity to visit Xiamen, a 1.5 hour plane flight south from Shanghai. Xiamen is a port city on a large island in Fujian Province. It lies on the eastern side of Taiwan Strait – Taiwan is 180 kilometers across the Strait and actually controls several small islands 6 kilometers off the coast.

Xiamen is a pleasant modern city with an active seaport and university, but its greatest historical attraction is a small island called Gulangyu facing the main downtown. Stepping off the ferry after the five-minute crossing, you enter a time warp that is a unique mix of decaying colonial villas and trendy remodeled hotels.

Because of its location on the seacoast at the mouth of the Jiulong River, Xiamen has long been a trading center. During the Jin Dynasty (265-420 CE) China first extended control over the area. The city officially opened to foreign trade during the Song Dynasty (960–1279 CE). Trade with the West officially began in 1842 as a result of the Treaty of Nanjing which marked the end of first Opium War. At that time Westerners knew the city as Amoy, its name in the local Hokkien dialect. 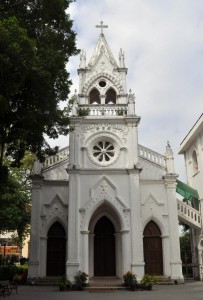 Xiamen was one of the first “treaty ports” that the Western powers forced China to open to trade in the “unequal treaties” of the 19th century. Foreigners who settled in newly built concession areas on the edge of existing treaty port cities enjoyed “extraterritoriality” – exemption from local law as stipulated in the various treaties. They established clubs, race courses and churches and staffed and operated their own police forces and judicial systems.

In Xiamen foreigners from many nations built their embassies, churches, clubs and homes on Gulangyu. Wealthy Chinese merchants also enjoyed the concession’s prestige and security, building their own Western-style villas.

That security ended in 1912 with the civil upheaval and war following the fall of the Qing Dynasty. During this time foreigners gradually left Gulangyu, and the island was mostly abandoned after the establishment of the People’s Republic of China in October 1949.Private ownership ended and the abandoned villas became property of the state. Apart from a few that were continuously maintained, most of the villas and mansions were left to the ravages of time. The former British embassy is now an office building. The adjacent ambassador’s residence is now a small hotel and restaurant. The former Japanese embassy is now a ratty multi-family tenament. 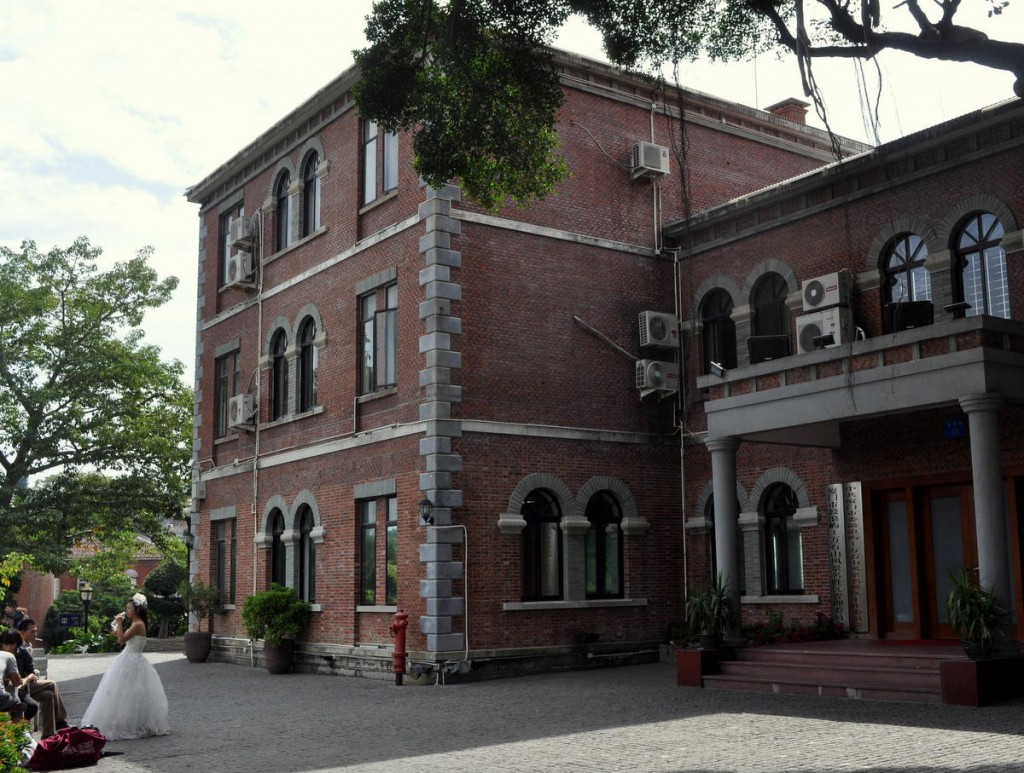 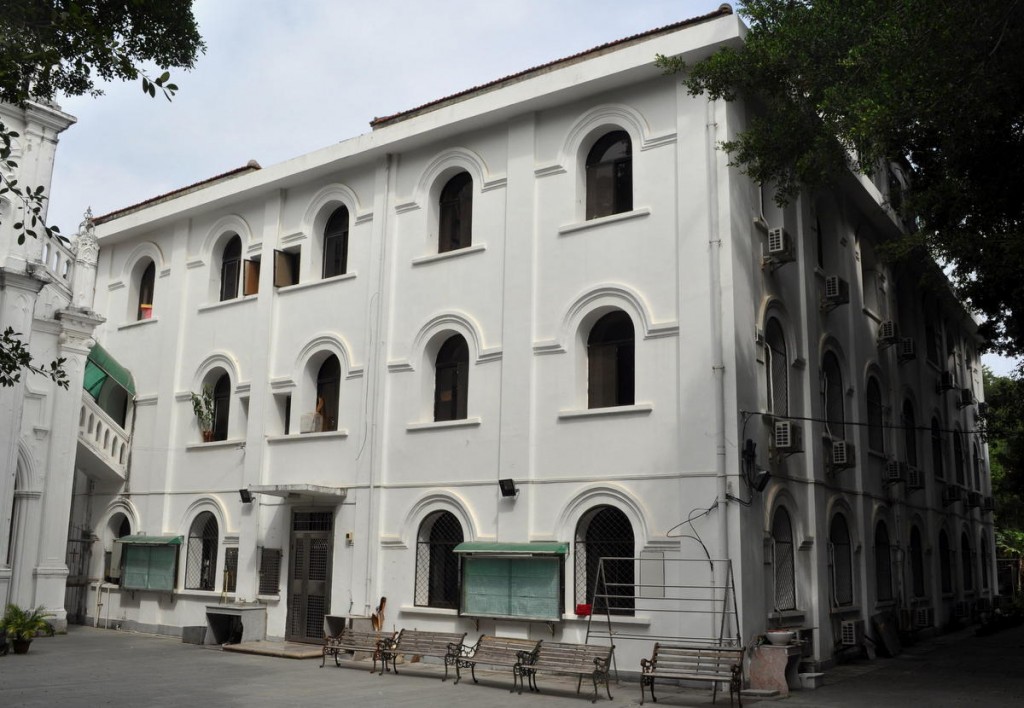 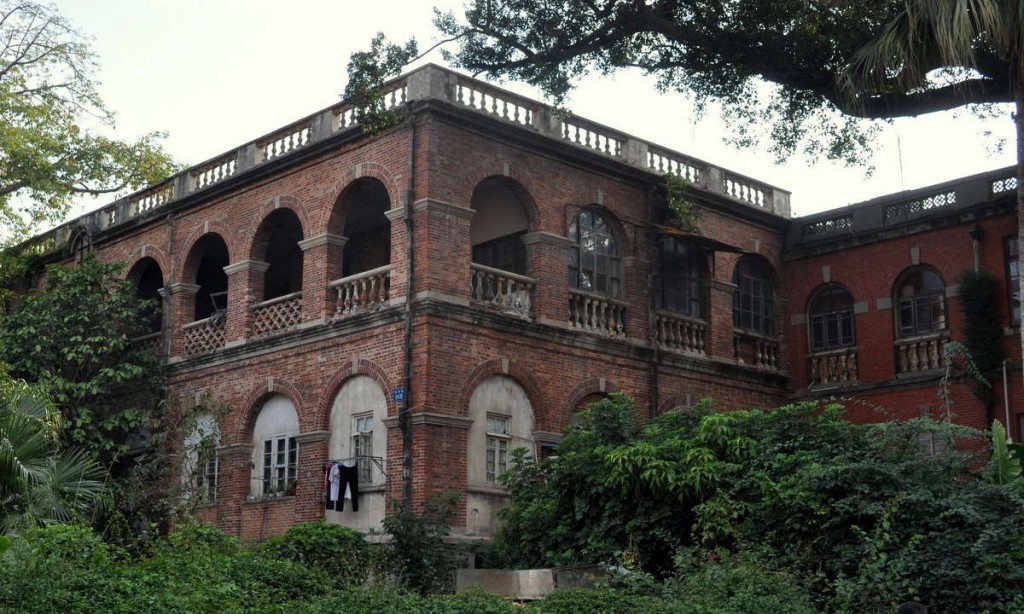 Today more than 1,000 colonial era villas and mansions still stand along hilly Gulangyu’s meandering, tree-lined streets. Some have been renovated into boutique hotels and stylish restaurants. Many more have been haphazardly divided into individual living units. Others stand abandoned in various states of collapse. 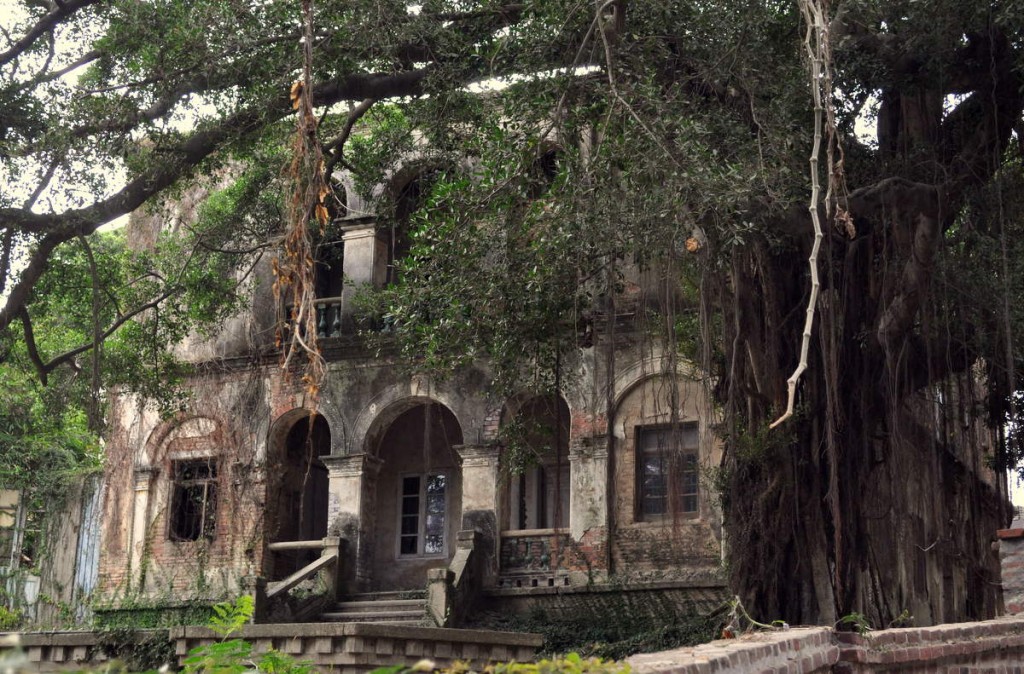 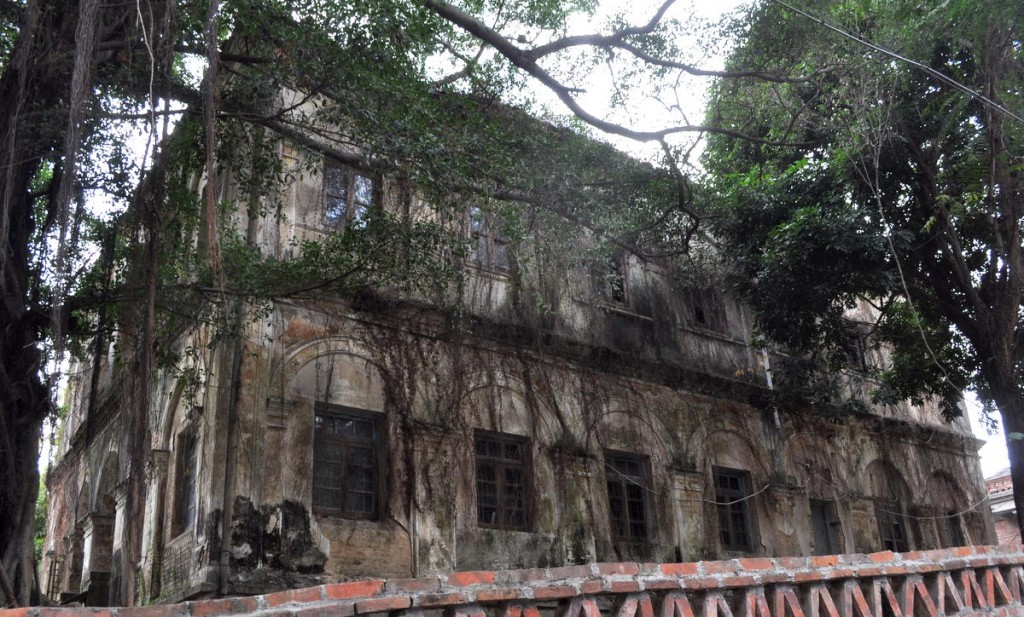 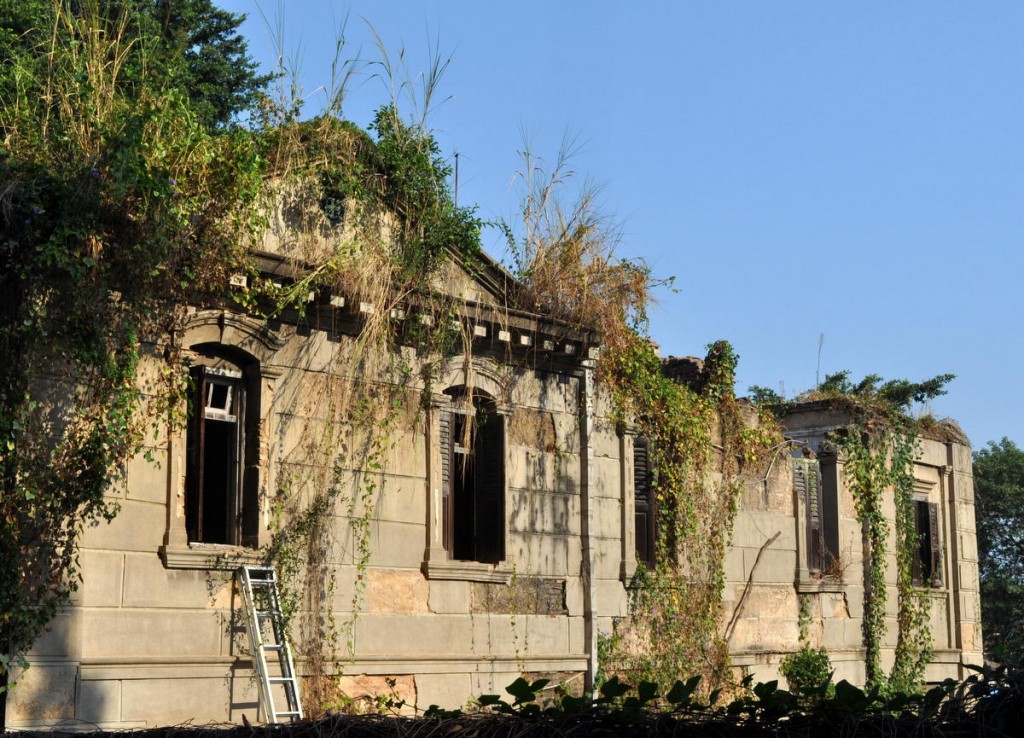 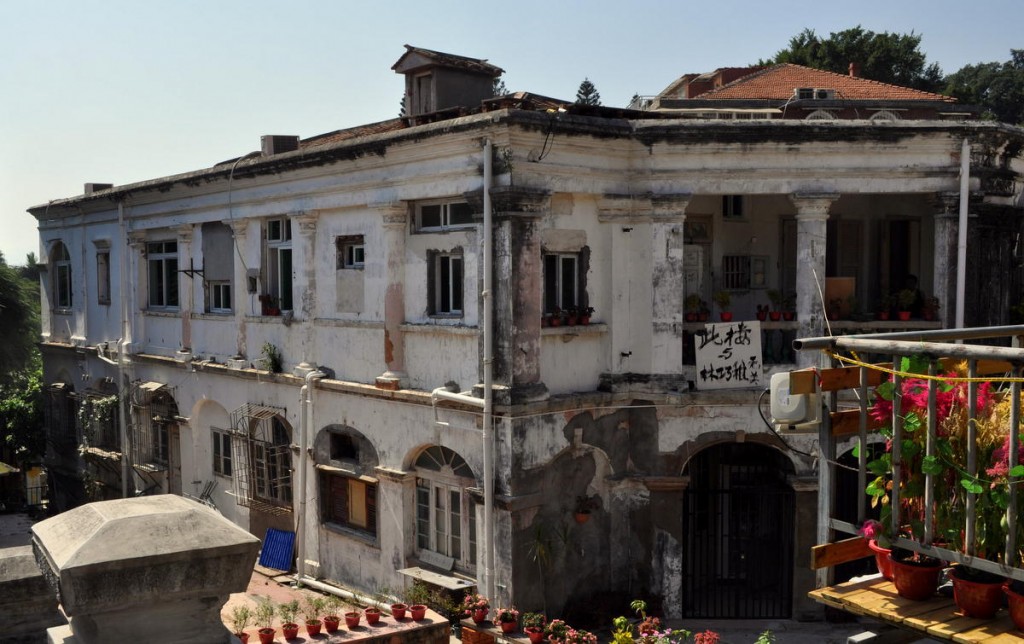 Interestingly, the front entry gate of many – even some dilapidated beyond habitation – bear a plaque designating them as an “Important Cultural Property”. Gulangyu is already a favorite destination for Chinese tourists. It seems that the Xiamen government, fully aware of this tourist goldmine, has decided to preserve Gulangyu’s heritage architecture in anticipation of privately funded restoration projects. In fact, we observed several restoration projects in progress.

Gulangyu’s historical buildings escaped the wrecking ball that has transformed the rest of China’s coastal cities.  Perhaps its island location made shopping malls, high-rise residential complexes and high-rise office buildings impractical.  But the island’s strategic importance in the cold-war political standoff kept Gulangyu off-limits to developers.  A significant part of the island remains a military reservation to this day. 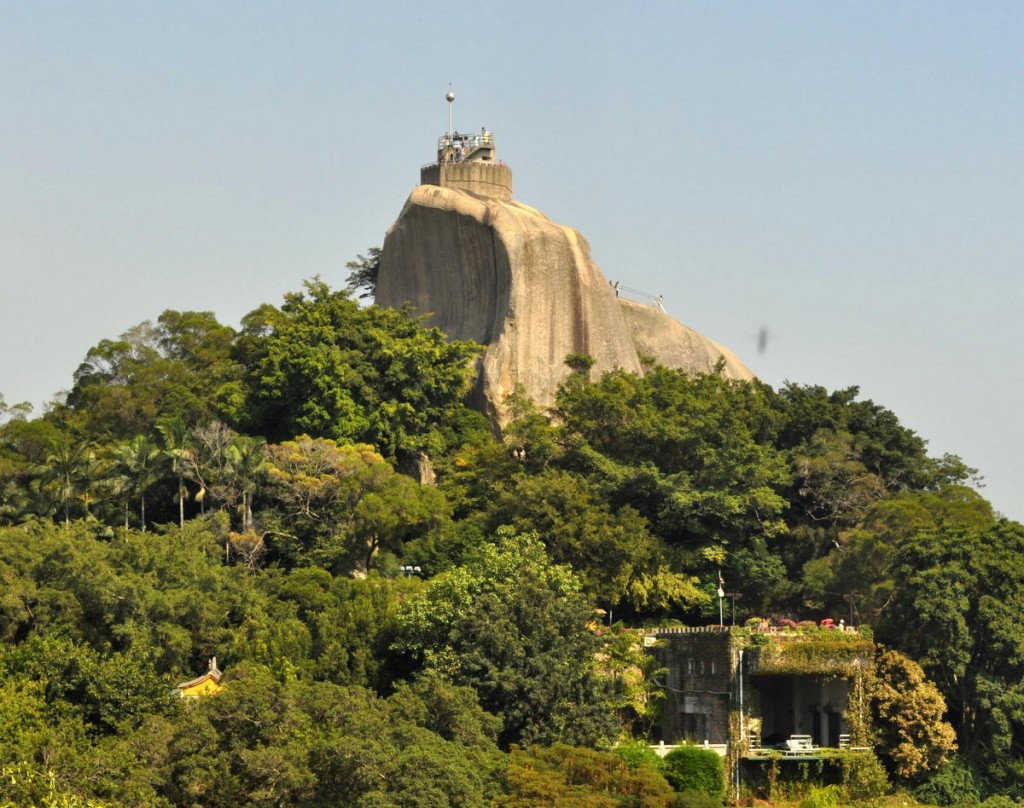 The island has, of course, been discovered by the hordes of Chinese tourists, so the parts near the ferry are packed every day.  But it is not hard to turn a corner and find neighborhoods that are still quiet.  We particularly liked finding a set of three old tunnels that connect the busy areas to neighborhoods where local people live in decaying mansions with little interaction with the tourists.