Our last stop before Lanzhou was a mid-sized city called Wuwei, which is best known for several archaeological treasures found in the past century.

The most famous of these is the “flying horse of Wuwei,” a small bronze statue found in 1969 in an ancient tomb under a modern Taoist temple. Also found in the same tomb were the small bronze statues of an army detachment. It’s not the terracotta army, but it’s a beautiful remnant almost 2000 years old. 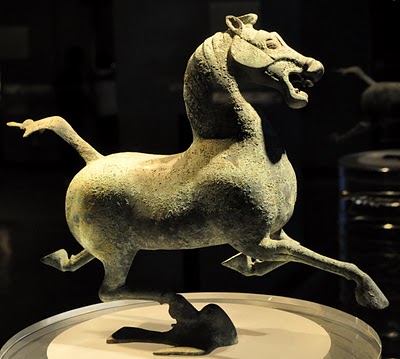 Although the horse and other treasures have been moved to the museum in Lanzhou, we were able to go into the tomb, whose brick work has survived dozens of earthquakes. Tests on the bricks show them to be more than twice as strong as any bricks made today.

A Confucian temple provides peace near the center of Wuwei. Near here was found a 3-meter high stele with an almost-identical inscription on both sides, one in Chinese and the other in the local Western Xia language that had been used in this area from the 11th to 13th centuries until Genghis Khan wiped the kingdom off the map. 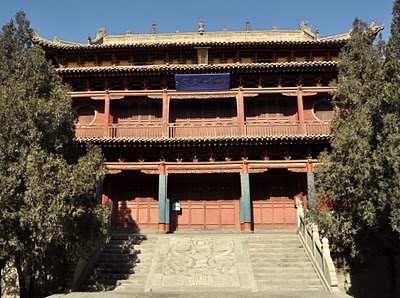 We also paid a visit to an old bell tower. Much more interesting, though, was the lively Taoist ceremony in progress at the surrounding temple. Incense, rapid chanting and burning papers were everywhere as people performed their rites. 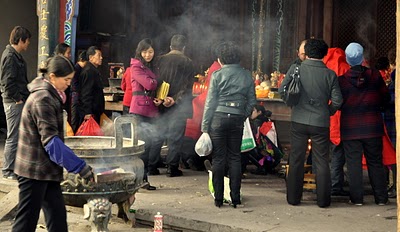 After a spicy hotpot dinner, we took our final train ride three hours into Lanzhou.