Some people adjust to the hot and humid climate of southern India. We did okay for the first few weeks in Tamil Nadu, but once we got to Kerala the added moisture was too much for us. So we did the same thing the British did two centuries ago. We headed for the hills.

The Indian subcontinent is framed by a V of two ranges of mountains called the Western and Eastern Ghats. The Western Ghats are higher and very rugged, rising 2600meters (8000 feet) straight out of the plains. The rise is every bit as steep as the Himalayan foothills. 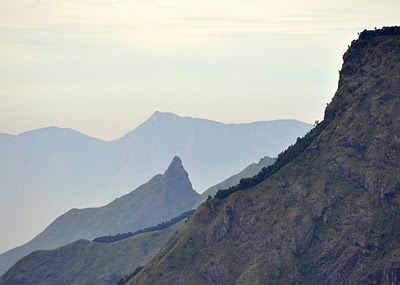 We took two breaks of a couple days each to cool off and hike around two classic hill stations that the British built to escape the heat and malarial mosquitos below. Both of these were in Tamil Nadu state, close to the border with Kerala. 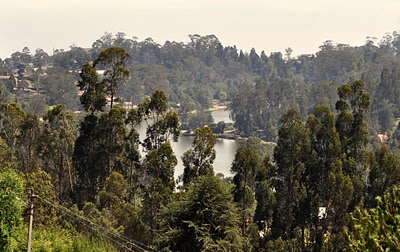 The first was Kodaikkanal, actually a somewhat newer town established in the late 1800’s and not built up until the automobile roads of the twentieth century. Kodaikkanal is built around an artificial lake, and the walking in the surrounding countryside is very peaceful. We saw local bison, flying squirrels, monkeys and lots of birds. 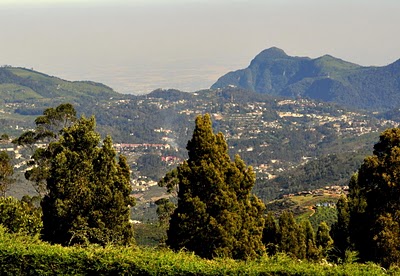 About ten days later, we went to the more famous hill station Udhagamandalam, or Ooty for short. Ooty was built in the 1830s at the end of a narrow-gauge cog railway. Steam locomotives are still used on the steepest stretch of this line, though unfortunately they were not currently running due to track damage. But even the diesel-powered trails were a throwback to a previous era when every compartment had its own door opening to the outside. 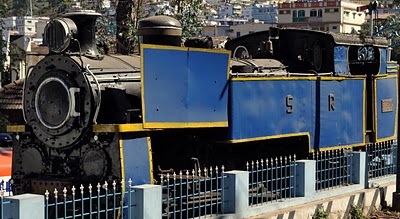 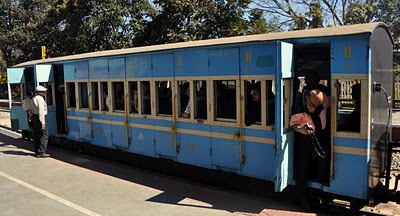 We were surprised that Ooty is a relatively large town of almost 100,000 people. The colonial relics live alongside new construction, in many cases palatial mansions owned by rich Indian businessmen. In addition to some nice hiking, we were able to enjoy the town’s lovely botanical gardens, by far the nicest we have seen in India.

On our way downhill, we stopped at a wildlife refuge on the border with Karnataka. There was yet another boisterous village festival going on with carnival rides and loud religious ceremonies, so the wildlife was staying away from town, but we were able to go out to a small viewing house and spend a few hours watching while a wild elephant, wild boars, peacocks and deer walked by. 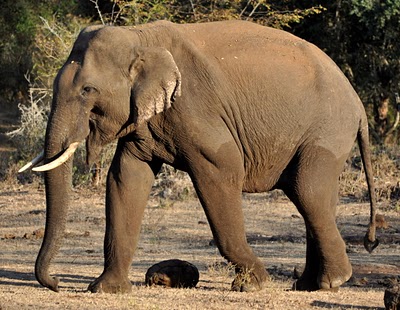 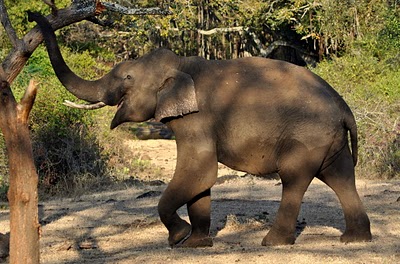