We ended our tour of southern India in the state of Karnataka. Now best known for its high-tech city Bangalore, Karnataka also boasts a number of historic sites from the former heartland of India. 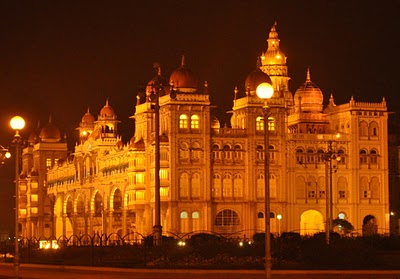 Our first and longest stop was in Mysore, the traditional capital of the state. Mysore is famous for the palace of the Maharaja, which Marcia described in an earlier post. But even outside the palace, there are many monuments large and small, as well as a number of somewhat dusty museums. We found the railway museum the most interesting, with a collection of historic locomotives and cars, including the wooden sleeping and dining cars that the maharaja used when he took to the road. 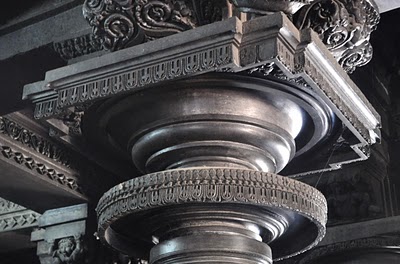 We next visited a group of three historic sites around a provincial town called Hassan. Two of these had remarkable temples created by the 12th-century Hoysala civilization. Different from anything else we had seen, these temples were built on a star-shaped plan and covered with incredibly accurate sculptures. The local artists were blessed with a kind of soapstone that remains relatively soft for the first three months out of the ground but then hardens into an extremely durable rock. In their skillful hands, this stone could be molded into highly realistic sculptures, right down to the lace-like parasols.

Our last historical visit was to Hampi, the 15th-century capital of central India. The city was once as rich and powerful as Rome, but ultimately overrun and destroyed by the Moghul invaders. Even in its ruins, the city’s immense scope was clear from the temples, palaces and bazaars that stretched across several kilometers. 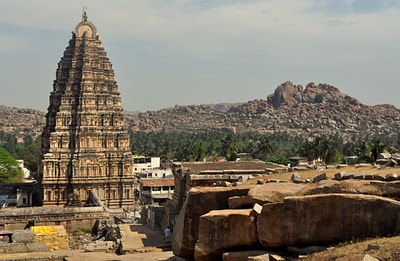 We spent our last day in Bangalore, mostly shopping for drugs and other supplies that would be cheaper or easier to buy in India than in China. Bangalore is a city in transition, with traditional chaotic markets alongside modern skyscrapers for high-tech outsourcing companies. The spiffy new Bangalore airport is an inconvenient 45 kilometers of horrible traffic north of town, sometimes taking three hours through traffic. But inside it is an enclave of first-world modernism.

We flew directly from Bangalore to China on the first flight of a new Air China route. India and China are still fighting their cold war over national boundaries, but business links are starting to form. This flight will cut the travel time from Shanghai to Bangalore by more than three hours.

We are now in Kunming on our next adventure of learning Chinese. More postings soon about a very different country!