The capital of Kerala is Trivandrum, and it lies at the southern tip. This is a historical accident due to its long-time rule as the small kingdom of Travancore. Here and a few other places, the British found it more efficient to rule through a nominally independent puppet state. In a caste-oriented society, they could control everything if they simply controlled the guy at the top. In Travancore, the guy at the top was more interested in music than in war, which made it easy for all concerned. Descendents of these kings still live in these palaces, though they were stripped of their status after independence.

We visited two Travancore palaces. The one in Trivandrum is more modern and only partially open. Built in the Kerala style with carved horses and slatted woodwork around all sides to promote native air flow, the palace stayed remarkably cool inside. Exhibits included thrones in gold and crystal – gifts from European powers to sweeten the local raja. 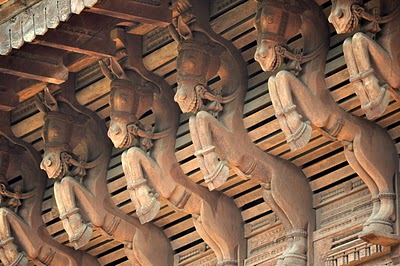 More interesting was the older palace 60 kilometers to the south in the older capital Padmanabahapuram. Some of its column carvings dated back to the sixteenth century. The king’s bed was similarly well carved. 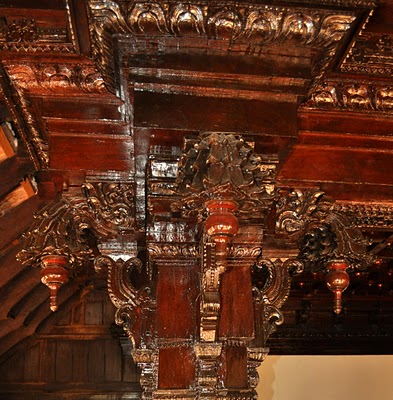 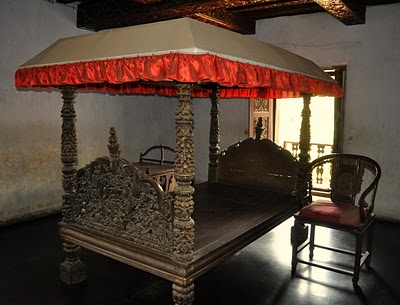 We later spent a day in Kochi (Fort Cochin), the historical capital of another small kingdom north of the Backwaters, which was the beachhead for the Portuguese and later the Dutch and English. Here the palace contained extensive religious murals, only a few of which are visible to the public.