About a week ago, we moved across our first state border from Tamil Nadu into Kerala state. States are more like countries in India, with a new culture and often a new language each time you cross a boundary.

Kerala is a sleepy collection of wetlands that stretches along the western coast of the tip of India. It is actually one of the richest states but not thanks to its socialist, anti-business government. Being close to the ocean and western civilization, many people from Kerala have gone to work in the Middle East, sending petrorupees back from Dubai for their families to build modern houses. 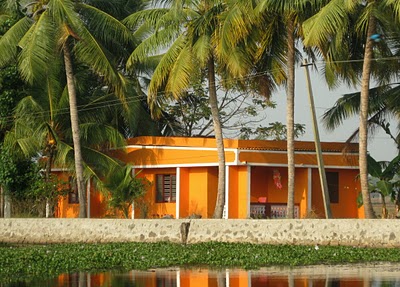 Tourists flock to Kerala to see the “Backwaters.” For about 150 kilometers, the coast is so flat that water goes nowhere. Over time, people have organized canals and levees to separate the waterways from the fields, and these waterways provide a fascinating glimpse into rural life. It isn’t exactly untouched, since tourism is the largest industry, but it’s interesting nonetheless. 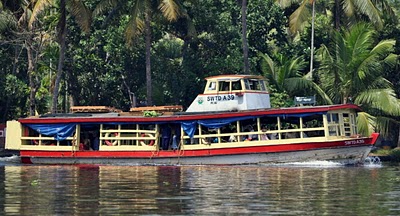 Our first boat was the full-day ride the 70 km from Kollam (Quilon) to Allepuzza (Alleppy). We took the more expensive and comfortable craft, but the program was essentially the same as the local ferries. A few ports of call for lunch and tea. Cormorants and eagles flying and sitting on posts in the water. No one in a hurry. 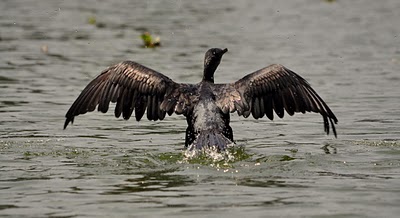 The next day, we hired a canoe. Although I love to paddle, in this heat I left the work to the local driver. It felt a bit colonial, but the driver made good money and sweat less than I did sitting on my butt in the shade. Silent and moving at a walking pace, we were able to see the smaller channels where real life still happens. Men and women washing clothes. Canoes loaded with bricks and sand almost to the waterline. A village ceremony where a man lit a small flame on a pot of flowers on his head and then splashed backwards into the water. 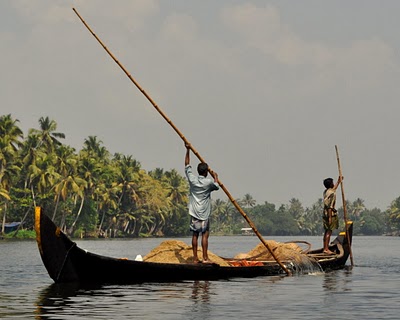 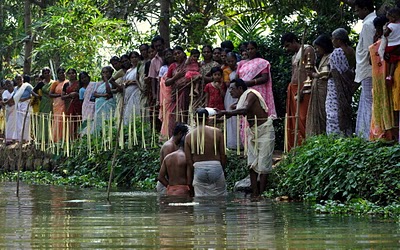 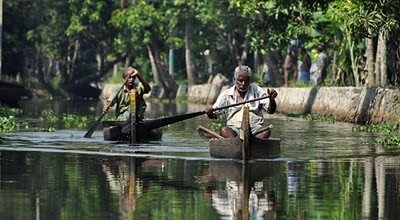 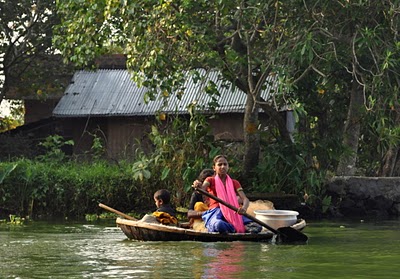 The one thing we didn’t do was rent a tourist houseboat. To feed the tourist hordes’ desire for “authentic” experiences, local people have built over 500 of these imitations of traditional working vessels. Although they make an interesting sight, they inflict serious environmental and cultural damage and just didn’t seem like the way we wanted to spend our holiday. Though I must say, they look like fun. 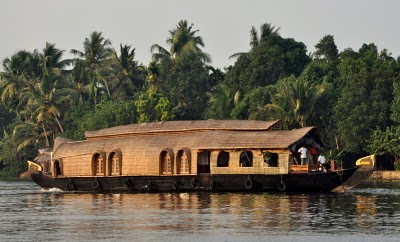