Of India’s 28 states, four are located in the southern portion of the Indian peninsula:

The States Reorganization Act created states along linguistic lines in 1956. In each of the four southern states the majority of the population speaks one of four Dravidian languages derived from ancient Tamil. Linguists disagree about the relationship of Dravidian languages to other language groups. Nothing is known about the ancient Dravidian parent language. It is widely accepted that Dravidian speakers must have been widespread throughout India before the arrival of Indo-European languages and Vedic Sanskrit from the steppes of central Asia. 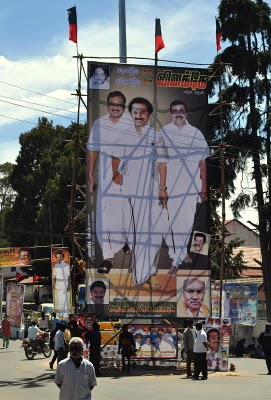 State politics in southern states tends to be dominated by language-based local parties and by all appearances is a lively matter. Regional newspapers place heavy emphasis on local politics. In one of the towns we visited, a new bus station was about to open, with Tamil Nadu’s Deputy Chief Minister attending. In preparation, workers set up hundreds of huge placards with his picture all over the town and its approaches. The Tamil Nadu supreme court recently had to overturn a right-wing party’s attempt to require all people moving into the state to speak Tamil. Each political party is known by both its name and a symbol, which are both shown on ballots to help illiterate voters. 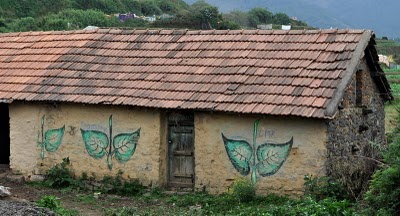 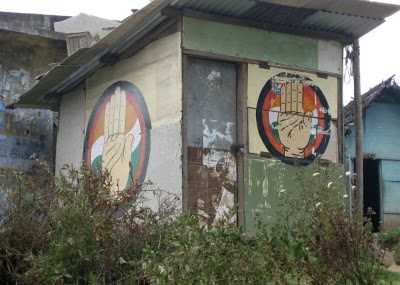 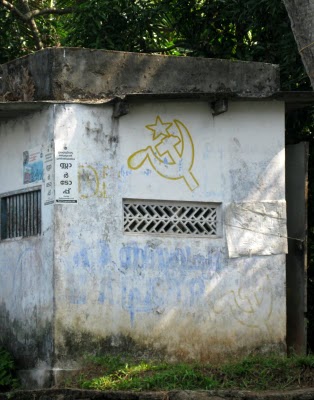 Because of its many seaports, southern India has a long history of trade-based relations with other parts of the world. In the ninth century BC, King Solomon may have had trade relations with a port along the coast of present day Kerala. Chinese, Arabic, Greek, and Roman texts provide first-hand accounts of lively trade and cultural exchange. Syrian Christian missionaries arrived in the first century AD to proselytize Kerala’s resident Jewish community. Islam arrived with Arabic traders centuries before Islamic Mogul rule. Portuguese, Dutch, French and English established trading arrangements with local rulers. Catholic and Protestant missions succeeded each other with shifting politically-based trade relations.

The current sari and salwar kameez traditional dress for women dates from the nineteenth century and was at least partly a result of Victorian prudery. In the heat of parts of south India, women and men traditionally covered only their lower bodies for all but ceremonial occasions.

Due perhaps to its ancient cosmopolitan culture, southern India tends to be more forward looking than the north. South India’s states have the highest literacy and standard of living. State and local governments tend to be less corrupt than in northern India, with more government resources going to infrastructure and social programs. It’s not surprising that India’s high-tech centers are concentrated in southern India.

For an interesting perspective on modern India, I recommend Financial Times journalist Edward Luce’s 2006 book In Spite of the Gods.