The next day, we visited the even older ruin of Gonur, a bronze-age settlement across desert tracks 60 kilometers to the north. Linked with cities in Bactria (now in northern Afghanistan), Gonur flourished in the delta of the Murghab River from about 3000 to 1500 BC. Archaeologists speculate that its residents moved out when the river changed to the location of Merv. Others may have moved even further, as it appears that Gonur’s fire-worshipping religion might have spawned Zoroastrianism.

Gonur has been unearthed over the last thirty years mostly by the Greek-Russian archaeologist Victor Sarianidi, and the great man was on site. Now in his 80s, Sarianidi's health is failing, and he is in a rush to finish his digging with finds that will cement his reputation. A gracious man with only a few words of English, he invited us into his tent for tea at the end of our visit. 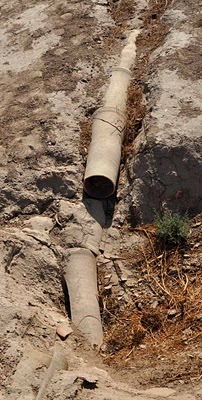 Gonur is a large and impressive site, to the extent that any archaeological dig can be called impressive. Spread over about a square kilometer, this was clearly the capital of a prosperous and advanced kingdom. A palace complex stands at the center and several large temples nearby. A set of ponds were separated by a water filtration house, and underground clay pipes brought the water into the palace walls. 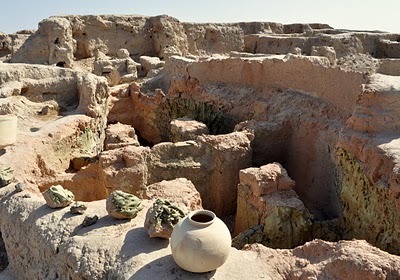 Pottery and other relics found at the site are exquisite, equal to things made in Merv two thousand years later. 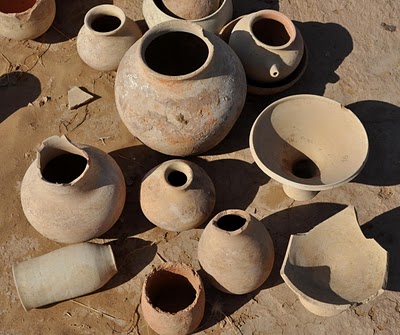 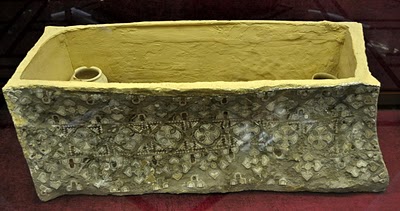 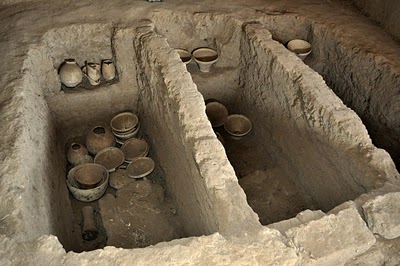 Sadly, the rush to dig is not matched by a rush to conserve. Only a few of the palace walls have been recovered by mud and the rest have been left to the elements. Mud-brick walls literally melt within a few years when left open to the harsh desert air, and large parts of the site have already become indistinct mounds like those we saw at Penjikent. Soon there will be nothing left but shards of pottery.